Oxygen from Watford Control is the intelligent voltage compensator which can correct voltage sags of up to 50% in a market leading <1 cycle.

Modern electronic equipment such as inverters and VSDs or medical imaging equipment and semi-conductors (to name a few) are highly sensitive to minor fluctuations in the supply voltage and even a partial sag of 20% to 30% for <5 milliseconds can cause systems to fail or report a fault.

Unfortunately, these minor fluctuations are a fact of life for modern power networks, and it is invariably up to the customer to solve these problems with "over sensitive" equipment.

When these minor "sub-cycle" faults occur, they can be expensive both in terms of equipment or process failure, or equally, producing unexpected results in medical imaging or high-end manufacturing processes.

The UK in particular is undergoing a massive shift in power generation, and, in the last decade alone, wind, solar and other non-thermal renewable generation has risen sevenfold, supplying up to 40% of the UK energy demand at any given moment in time. http://gridwatch.co.uk/ and the direct for "net zero" by 2050 and the roll out of EVs, will put the quality of power delivered by the grid under increasing strain.

Add to that Feed in Tariffs, interconnectors to and from Europe, Brexit (and threats to choke off the interconnectors), system faults and local demand - and National Grid is now faced with managing and controlling a hugely complex array of energy sources and loads with hundreds of connections daily that invariably cause fluctuations in the power grid, these can be minor (and sometimes major) sags and swells that affect your business and often - your bottom-line. 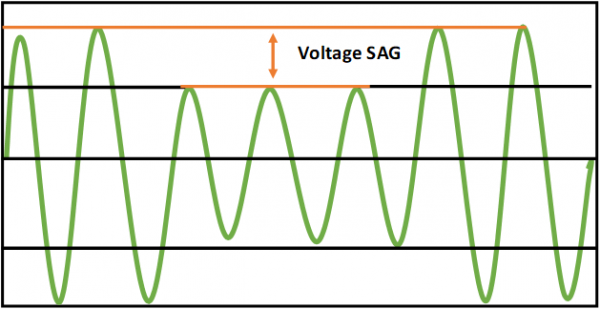 The ability to control voltage sags and swells in less than 3,000th of a second is something that Watford Control has been solving since being granted a world-wide patent in 1972 for our first "solid state" system.

Developing this solution further today, Watford Control is now working with our European partners in bringing the Oxygen system to the UK. Delivering a constant ±20% correct range at 0.5% output accuracy, Oxygen comes with the added advantage of up to 50% sag compensation for 1 minute.

Available in three phase configurations only, up to 4mVA.

With system sizes from 200kVA to 4,000kVA and ±20% continuous correction at full load (output accuracy of 0.5%) and, with an additional 50% boost for 1 minute, the Oxygen Turbo can correct voltage sags in a market leading <3ms - leaving our competitors in the dark and keeping your business running whilst ensuring that even the most demanding power requirements can be met.